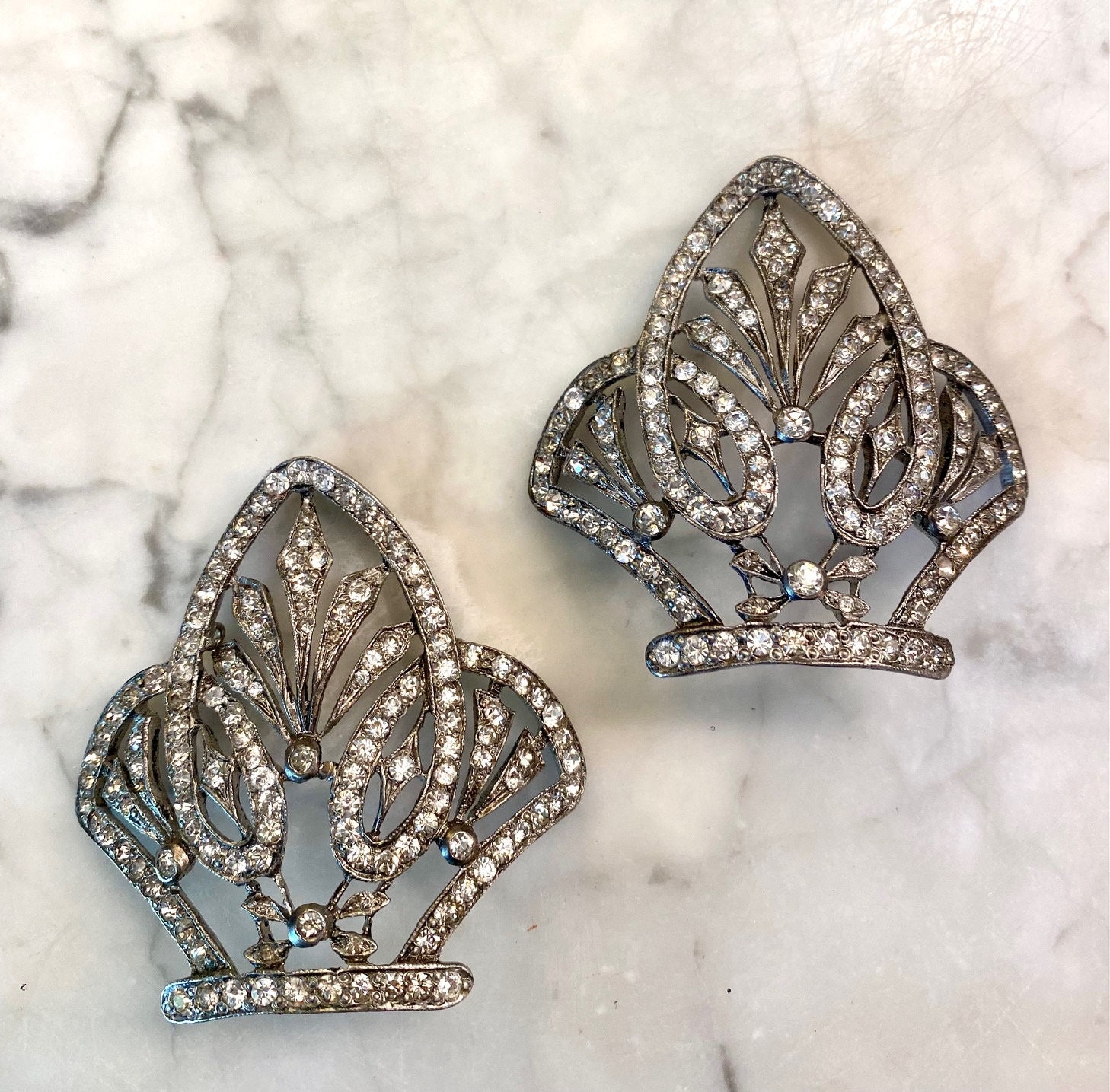 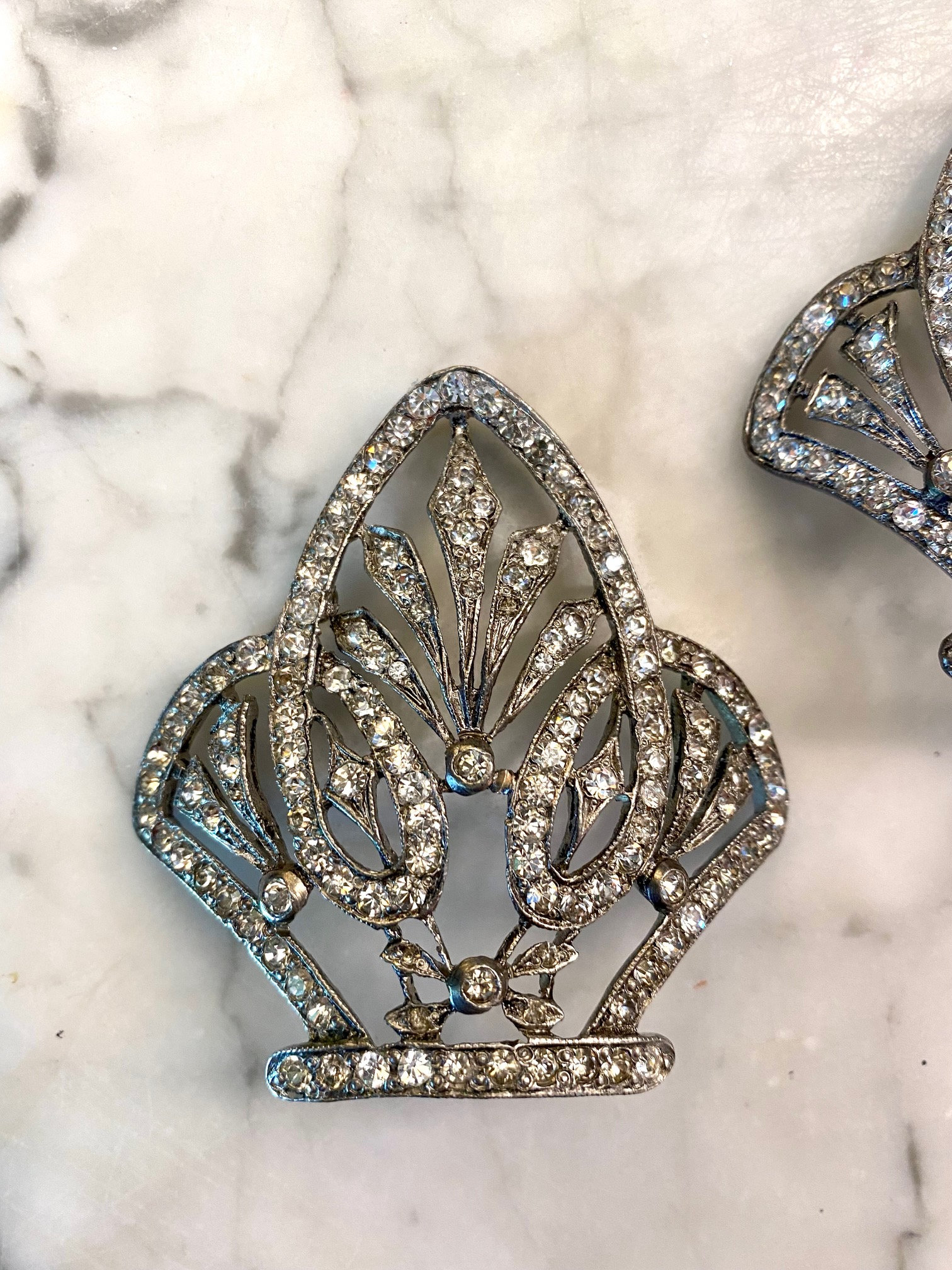 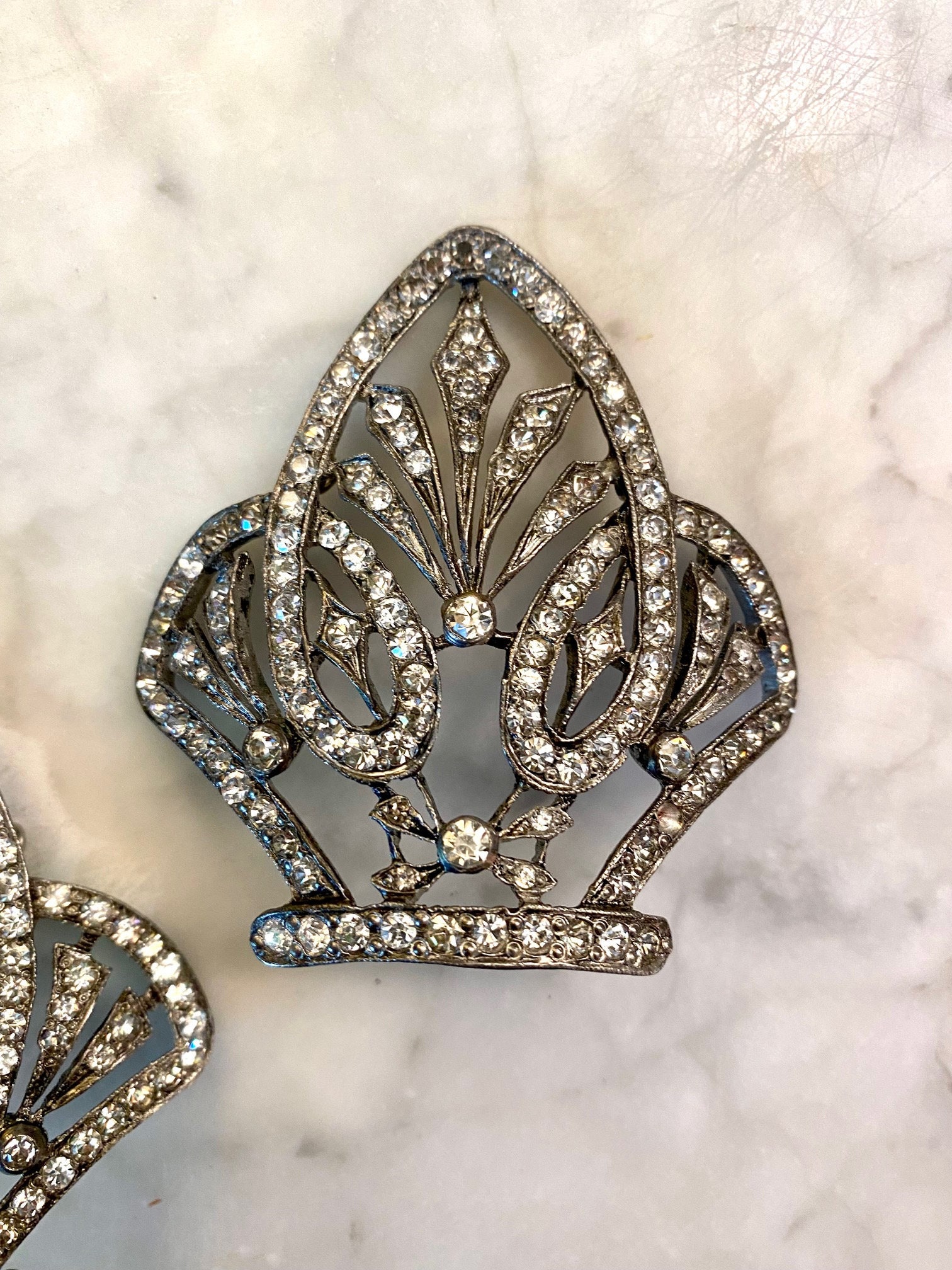 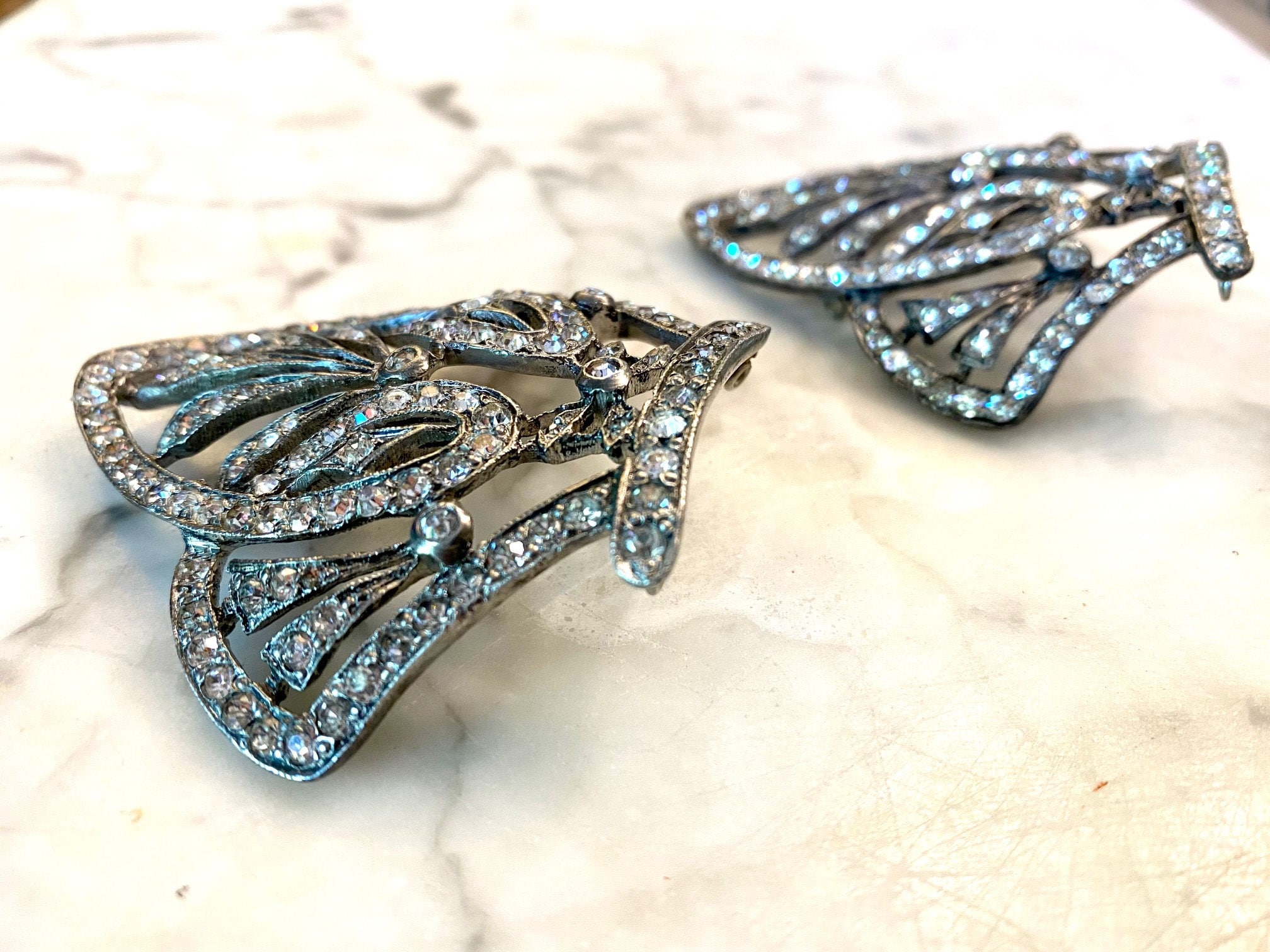 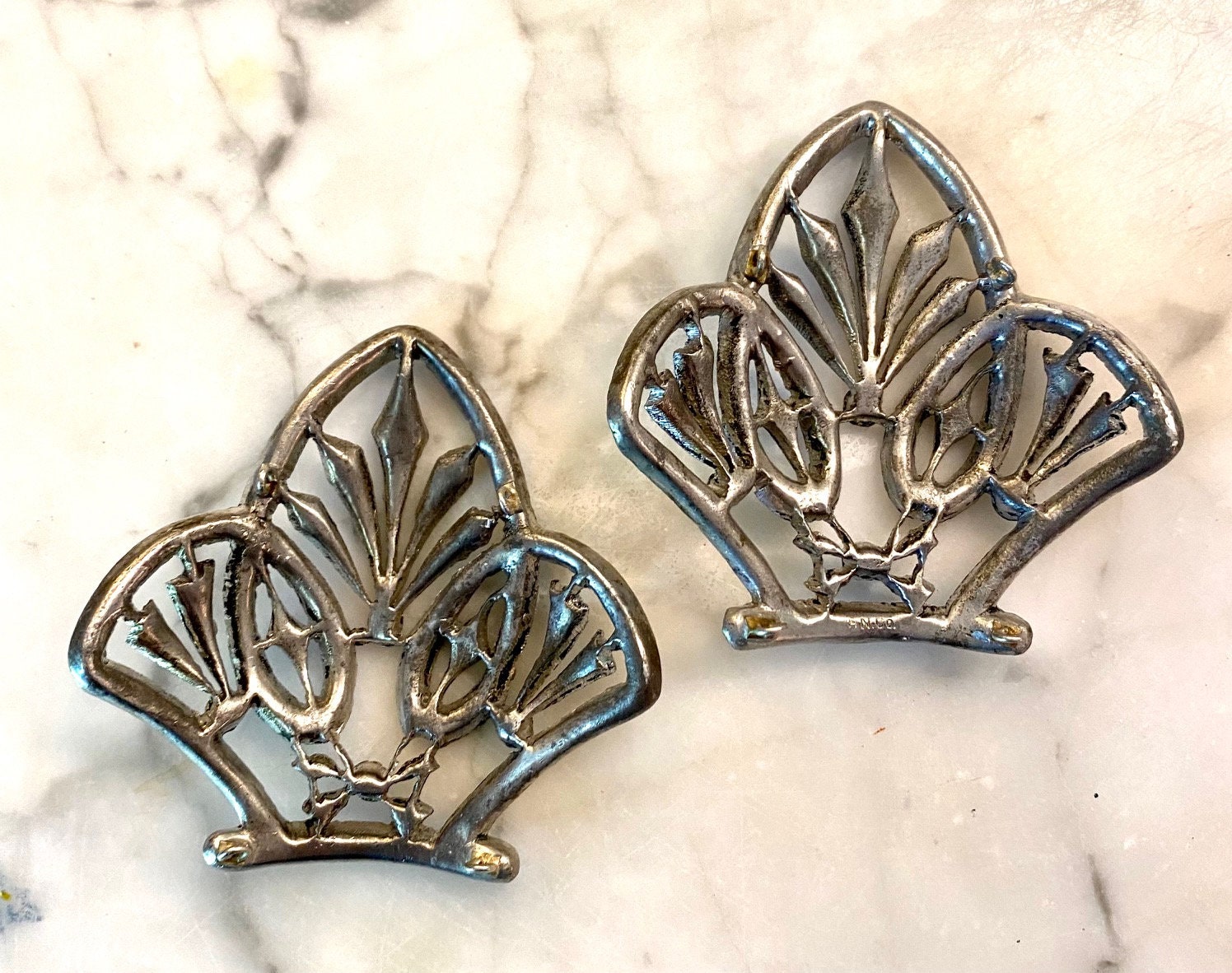 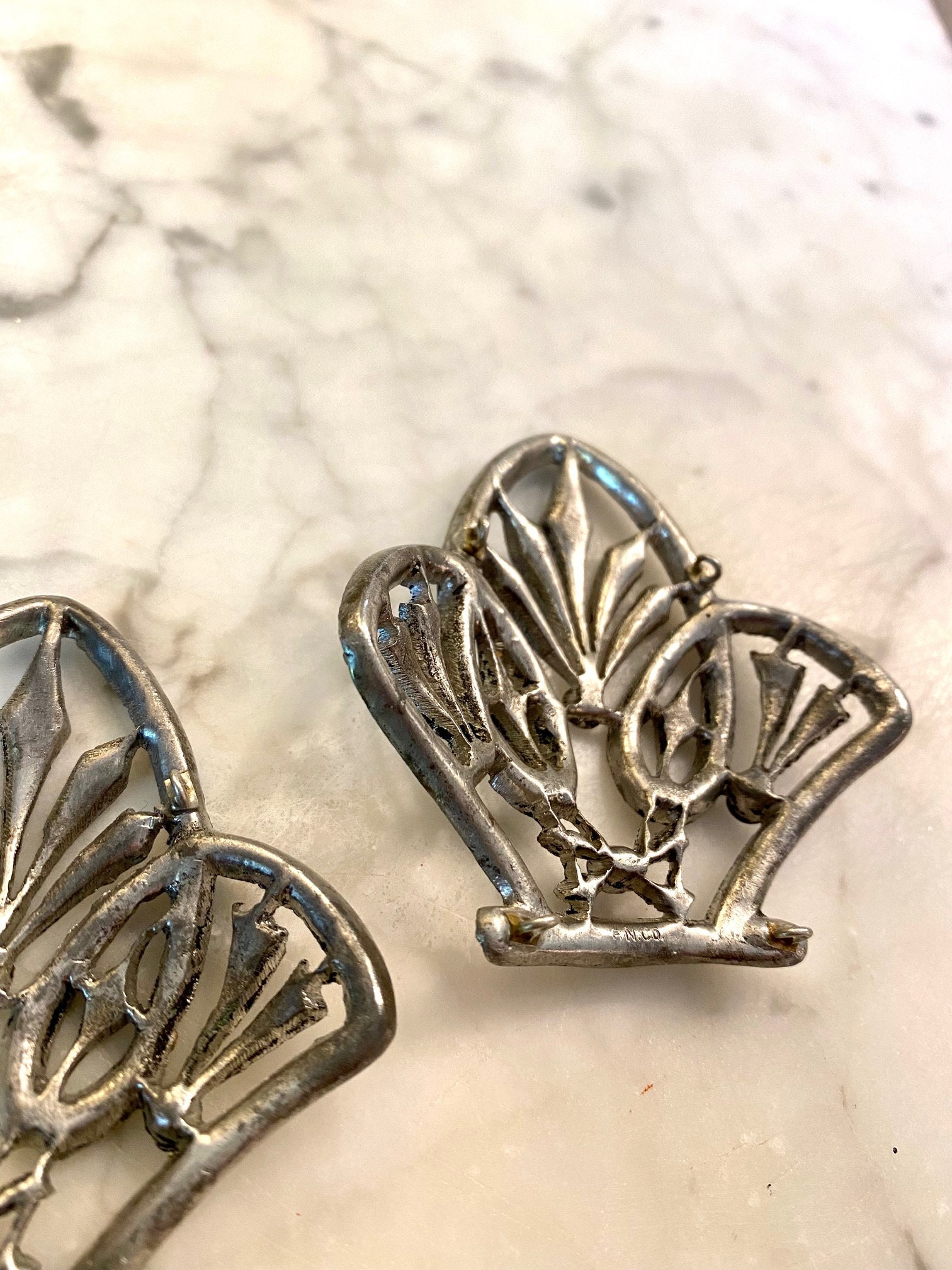 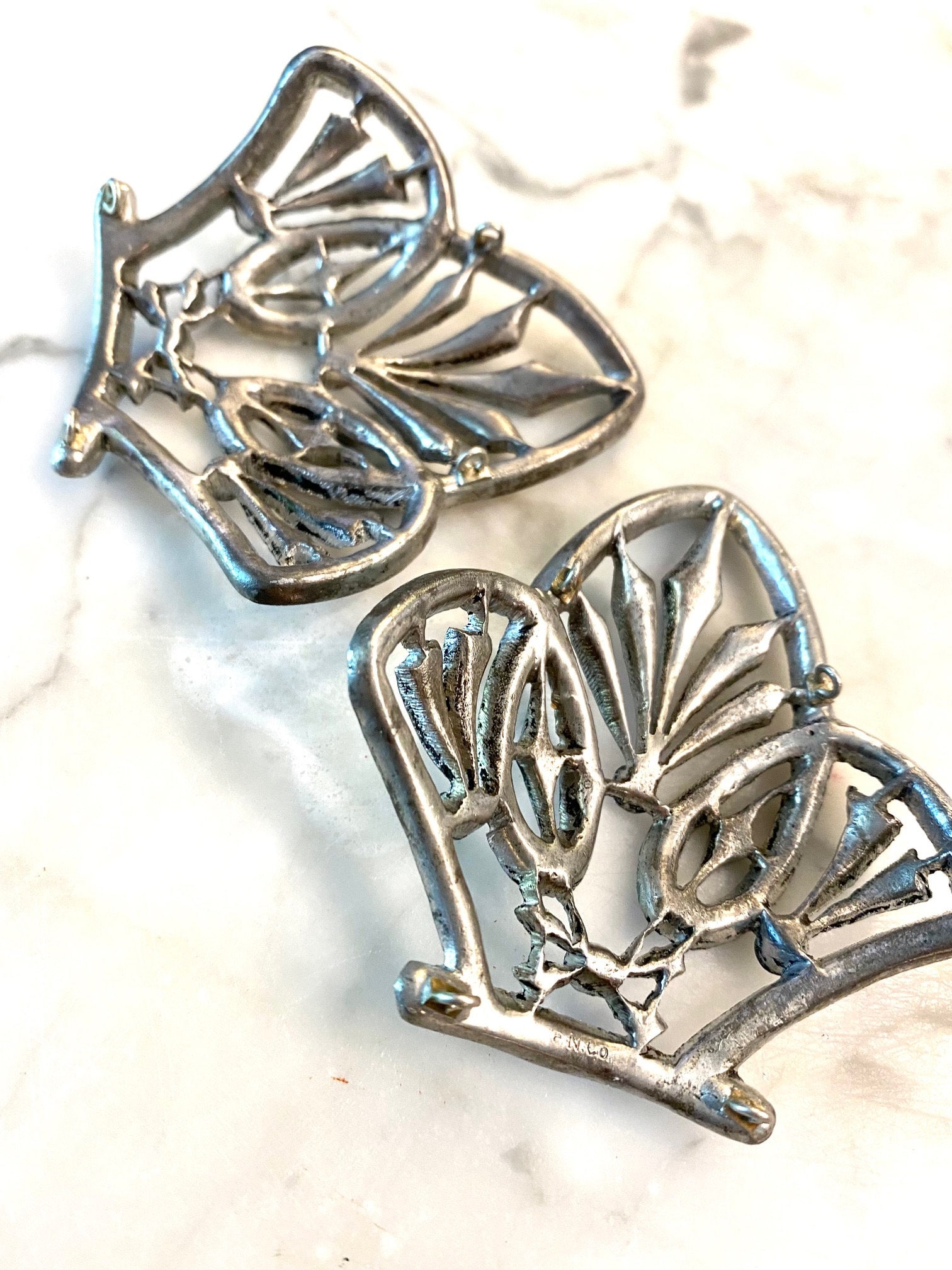 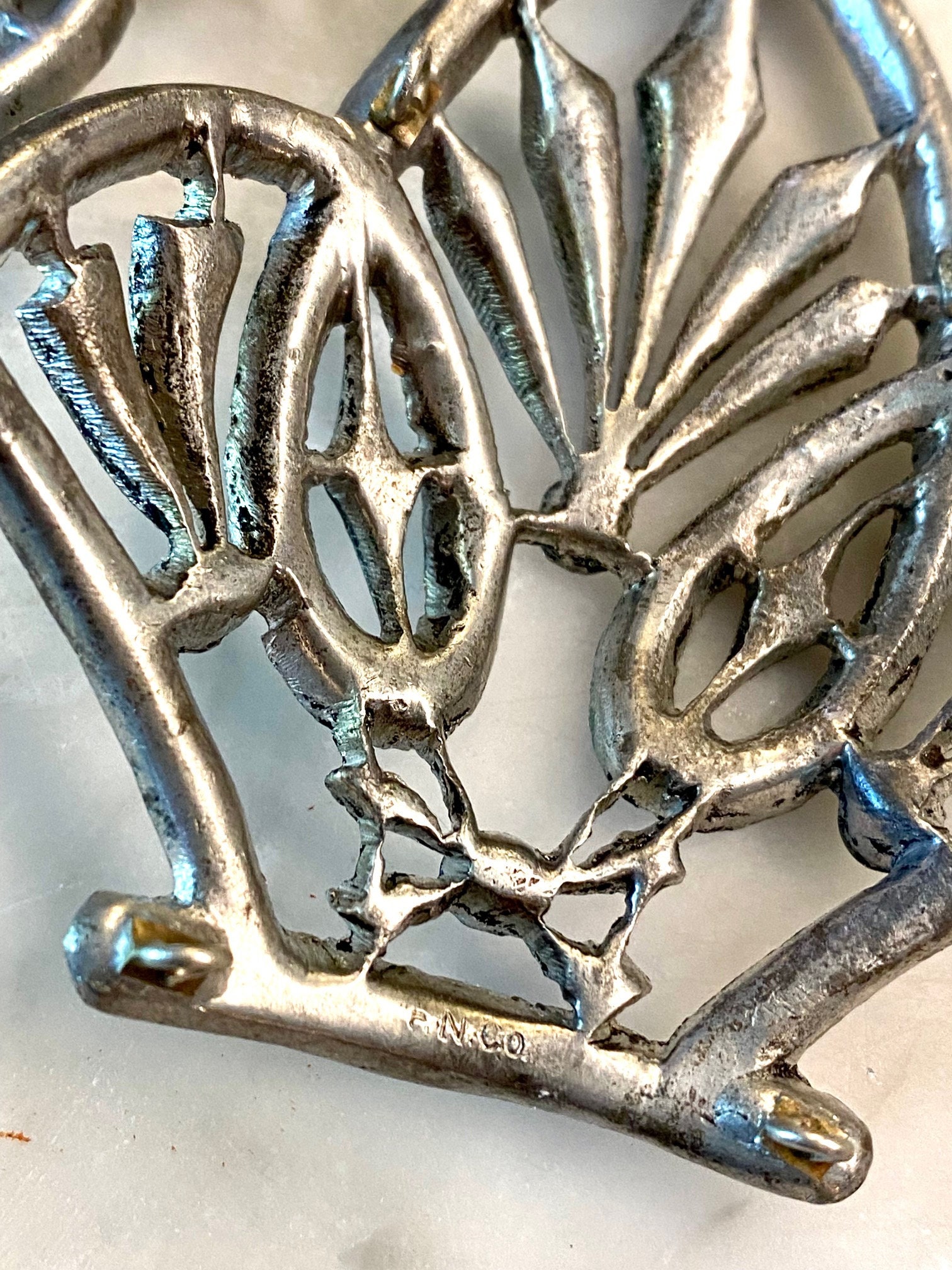 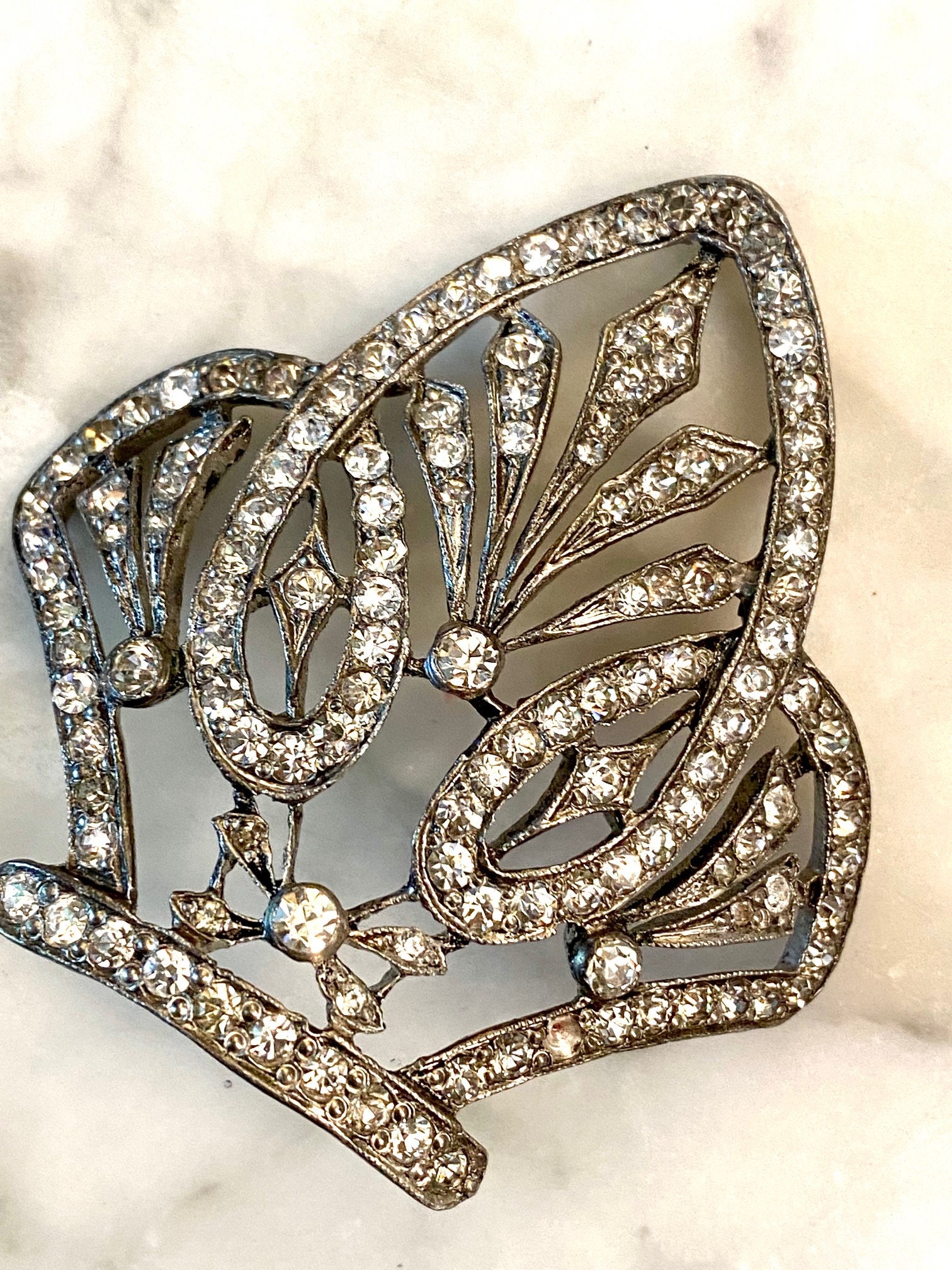 These dress sew ons features a central Foliate design with a distince deco radiating design element on each side, clear paste chaton rhinestones.

Photos are part of the description as well, please look carefully.
These are in Good Vintage Condition, having worn finish and some darkening stones,
however condition is consistent with age. Selling as found, I think most stones are original to the piece.

I can only imagine how fabulous these would be sewn on the shoulders Epaulettes style,
or stitched like a cuff bracelet on the long sleeves.

I have included a super fantasy sprkling video, these are so sparkly it is had to photograph so I had some fun with this

Fishel Nessler & Co. was founded by Henry W. Fishel and his brother-in-law Samuel C. Nessler around 1885 in New York, New York.
At some point, Theodore H. Fishel (whose relationship to Henry is unknown) joined the firm as indicated in several historical patents and legal documents dating to the early 1900s.

By 1910, the company was located at Broadway and Crosby in New York City.
One historical court document dating to 1914 mentions the business as being “better known” as the Crosby Jewelry Company.
This appears to be in reference to a seemingly unsuccessful storefront operated by Fishel, Nessler & Co.

This company’s history involves a fair share of drama relating to bankruptcy. In 1910, the financial situation was apparently so dire that Henry Fishel attempted to take his own life by swallowing poison in a Jersey City hotel room. He was revived, however, when family members found him.

Fishel Nessler was best known for the Art Deco style necklaces,
pins and earrings made in the 1920's and 1930's using high quality Austrian crystals
and rhinestones beads or cabochons and simulated stones pave set into sterling silver,
silver and rhodium plated base metals. The company ceased operations in 1937.
Fishel Nessler jewelry jewelry was very limited production and therefore difficult to find. They used Sterling and silvertone metal,
possibly "silveroid" (although not marked silveroid, Fishel Nessler was known for using this metal in their jewelry),
studded with rhinestones

Other documentation on this entity is sparse, but most resources indicate that the company went out of business in 1937

All product photos are of the actual item. Colors may differ slightly from actual product appearance due to differences in products and lighting conditions.
Please contact me if you have specific additional photo requests as photos are part of the description.

Read about Vintage Bakelite and ME in the Pioneer Woman Magazine, Spring/summer Issue here: